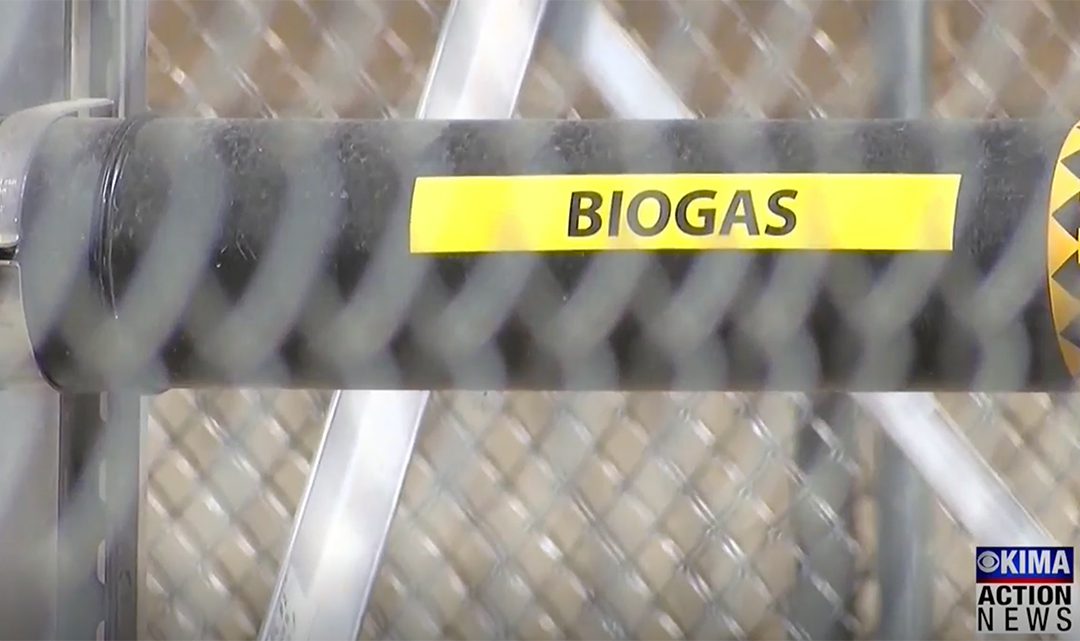 “Dairy farms are struggling to make profits as the price of milk continues to dip but one dairy has found a way to increase profits and protect the environment at the same time.

DeRuyter and Sons dairy has invested nearly 20 million dollars into technology which cleans up waste from the back end and creates renewable natural gas.

“We have a waste product that’s actually a nutrient and it’s valuable, the problem that we have is it’s mixed with a lot of water and transportation becomes the issue,” Dan DeRuyter, owner of DeRuyter and Sons said.

Managing manure on dairy farms has presented problems for dairymen for years. Not only is it expensive to move, but it comes with a heavy odor. That could be changing.

During a tour of the manure lagoons, DeRuyter pointed out the wind was blowing in our faces and he asked “what do you smell, nothing, that’s the point.”

New technology enables DeRuyter to filter gases and nutrients out of manure, sending the gas to pipelines in the form of renewable natural gas. That holds value and it also burns cleaner than fossil fuels.

“It’s got a negative carbon intensity or green house gas emissions rating because we prevent the off gasing of methane, a powerful green house gas,” Dan Evans, President of Promus Energy said.

According to Evans, dairy-derived renewable natural gas generates revenue by selling it to California and Oregon’s low carbon fuels standard, a federal renewable fuel credit plus the commodity value of it which trades at about $2.50 per one million BTUs.

Evans said the dairies who can make the investment will see a series of benefits immediately while also being responsible for a cleaner valley.

“The markets are there, it’s a very profitable enterprise and the fact that we can reduce the cost of operation for dairies, clean up waste problems and provide additional revenue makes it a fairly attractive model,” Evans said.

Not only does the process create a renewable energy source, it also creates better fertilizer and fiber which is used as bedding for the cows.

“It’s organic, so organic farmers will want to use it so it creates a higher value product, it just makes things a much better situation all around,” DeRuyter said.

Despite the high costs associated with the new technology, DeRuyter and Evans both expect other dairies to follow suit, adding that it’s only a matter of time before it becomes wide spread.”